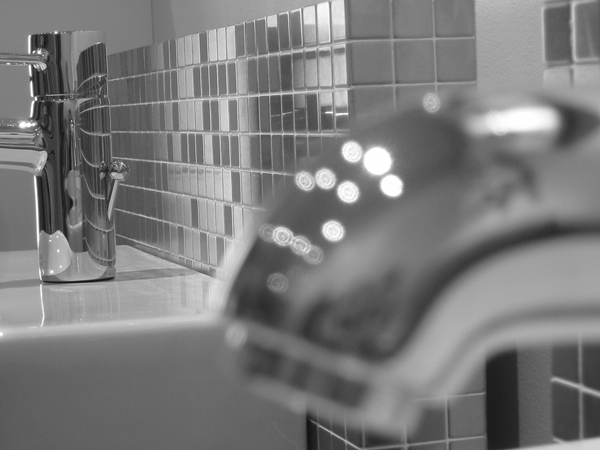 If there is a king of the hip hotel, the anointed one is Ian Schrager. His quirky, ultra cool hotel refurbishments set the standard for boutique hotels and design around the world.

Often working in collaboration with Phillipe Starck, hotels such as the Mondrian, Soho Grand and Paramount in New York, the Delano in Florida and St Martin’s Lane in London, have taken hotel design to a new level for a new breed of design-literate jet-set seeking more than just another beige suite at an international 4-star hotel chain.

Schrager’s latest and much anticipated re-development is The Empire Hotel on West 63rd street in the heart of New York. Schrager Hotels’ designers have selected ALLOY’s high quality 20x20 mm Mosaic brushed stainless steel tile for the Empire Hotel fit-out, ordering a large quantity to create a prototype for a radical new interior.

“We are absolutely thrilled at the prospect of working with Schrager Hotels,” says Jonathon Worner, designer and Managing Director of ALLOY, “it’s very exciting and goes to show that you don’t have to design and manufacture in the US or Europe to make an impact there. It’s creativity and innovation that are important, not location. Australian products are really at the forefront of the international design market”.

The interest from Schrager Hotels places ALLOY tiles at the pointy end of international design with the sophisticated W Hotel’s use of the mirrored mosaic tiles as a panelled wall / water feature in the foyer of its Chicago Lakeshore digs.